Gubałówka is an elongated hill in the Gubałowskie Foothills, in the north-western part of Zakopane. Its altitude varies from 1120 m above sea level at the east end to 1129 m above sea level at the west end. On the eastern side of Gubałówka there is a village Toothand from the west it is adjacent to Butorowy Wierchem. At the foot of the northern slopes of Gubałówka, in the valley of the Bystre stream, it is located New Bystre.

Name gubalowka comes from the glade Gubałówka located on it. This place was named after the name Gubała.

Are you looking for a luxury hotel in the mountains? Check our offer >>

Next to Giewont i Kasprowy Wierch it is the most popular peak of the Tatras.

From its ridge there is a panorama of all Polish ones Tatras i Zakopane and Podhale, Pieniny, Gorce and Beskid Żywiecki, as well as the Babiogórski range. Walking from Gubałówka The Papal Trail na Butorowy Wierch.

He leads to Gubałówka funicular from Zakopane, built in 1938 year. It has a length of 1338 m and the level difference is around 300 m.

The funicular was modernized in 2001 and is now one of the the most modern queues of this type in Poland. There are two carriages on the route that pass each other halfway. The transport capacity of the railway is 2000 persons / hour. It takes about 3 minutes to get to the top, and the queue can take up to 120 people at a time. According to the plans, the funicular to Gubałówka was to serve not only tourists, but also residents.

Purchase of a ticket connected to the funicular on Gubalówka and chairlift on Butorowy Wierch it is cheap.

There are also discounts for groups and tickets combined with other queues belonging to PKL.

gubalowka is one of the most visited peaks of the Tatras, due to the beautiful view of the panorama of the Tatra Mountains, Zakopane and the surrounding area.

There are also many on Gubałówka attractions designed for tourists, such as restaurants, inns, souvenir shops and stalls with regional food products, as well as two rope parks, children's playgrounds, a sandy beach and a gravity slide.

Serpentine route is overcome on trolleys developing speed up to 23 km / h, and during the ride you can admire the panorama of the Tatras.

The gravity slide is open from April to the end of November.

For safety reasons, the gravity slide is closed during rain.

In winter, skiers using the ski trails and the snow park appear on Gubałówka. There are also scooter trips, snowshoe trips, toboggan and snowboard rides, and various snow games.

we recommend: The best mountain trails in Poland

There is also a ski kindergarten for children on Gubałówka, and a ski T-bar lift is located at the upper station of the cable car.

At the top there is also a RTON Gubałówka radio and television relay with a mast with a height of 102 m.

Shrine pw. Our Lady of Perpetual Help at Gubałówka

A special place is also a wooden highlander chapel. Our Lady of Perpetual Help on Gubałówka, funded in 1971 by the Bachled - Księdzularz couple in gratitude for their survival during World War II.

Gubałówka on the summit is almost treeless. From rare species of plants

Gubałówka is a great starting point for trips:

-do Poronin through Butorowy Wierch and Zab - 2,5 hours

There are several ways to reach the top of Gubałówka. For the active, it will certainly be an entry on its own the road from Krupówki. The summit can also be reached by a cable-terrain railway.

Z Koscieliska two-person queue chairlift transports tourists to the neighboring Butorowy Wierch, from where a 40-minute walk along a fragment of the Papal Trail, which he once followed Karol Wojtyla, you can go to Gubałówka. The train to Butorowy Wierch was built in 1977 year and it is possible to admire the panorama of the Tatra Mountains and Zakopane.

You can also go to Butorowy Wierch enter on foot with Kir green trail.

Walking from Zakopane to Gubałówka can be reached:
- a black trail along the railway tracks
- the blue trail to Michny (1071 m), then the road following the yellow and red signs

- a blue trail from Polana Szymoszkowa through Butorowy Wierch

About a two-kilometer walk along the ridge of Gubałówka to Butorowy Wierch provides many emotions and is a frequent destination for tourists.

This one of the most popular scenic routes in the Tatras, allows you to admire the beauty of these mountains, going along a comfortable route.

It is also an attraction downhill ride from Butorowy Wierch. The ride takes about 20 minutes, and the length of the route is 1 619 m. During the convention before the eyes of tourists offers an unforgettable panorama view of the Tatra Mountains and Zakopane.

At the lower station of the funicular railway to Gubałówka there is a signpost with directions and distances to other queues of Polish Cable Cars, as well as Tourist Monument, i.e. a platform to which you can enter and take a photo against the background of Gubałówka.

Wonders of Poland - unique places that are worth visiting

Hotels in the mountains

Hotels by the Sea

Hotels in the City

Hotels outside of the city 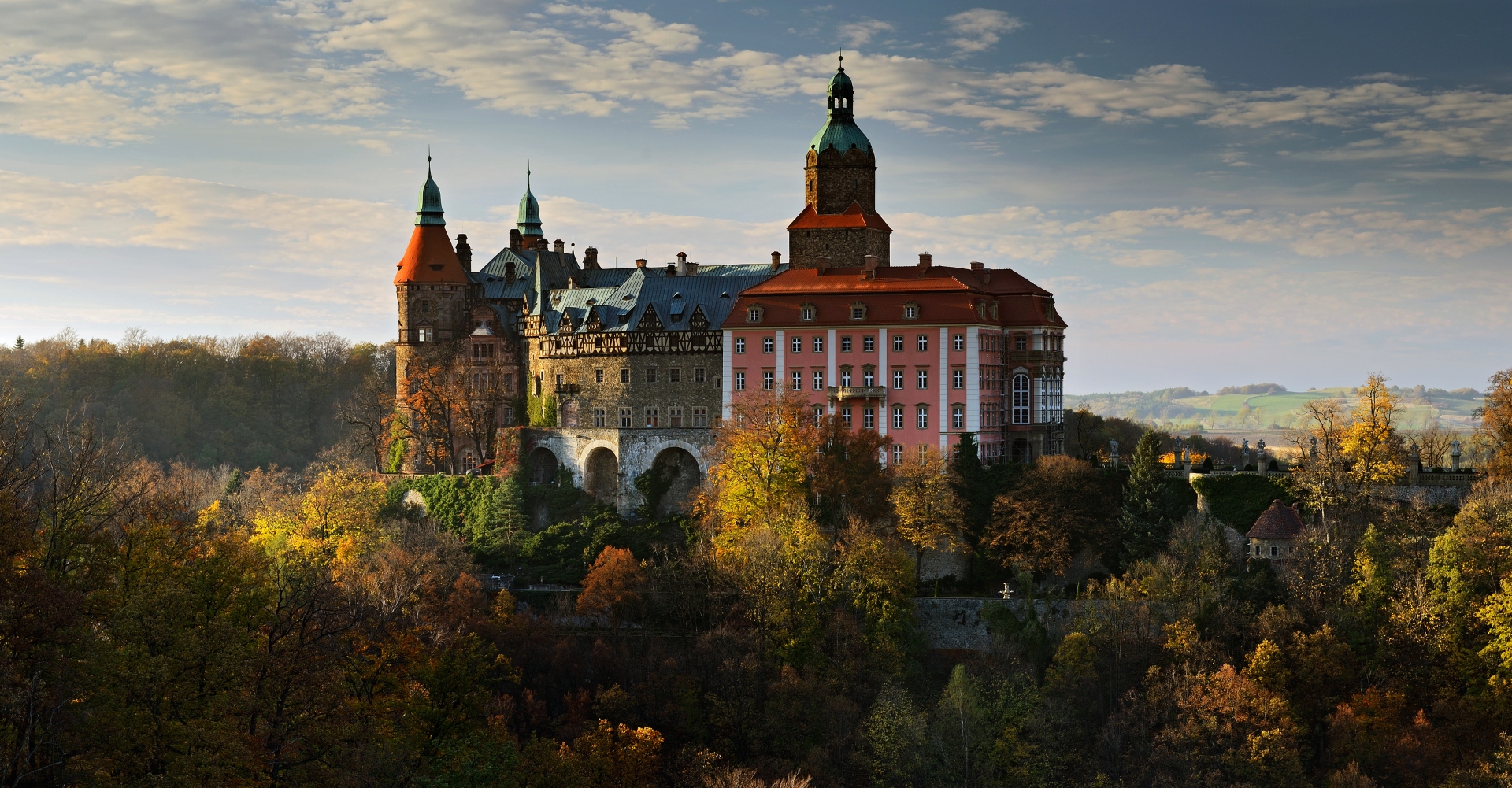 The Książ and palace complex in Wałbrzych (German: Fürstenstein) is located ...

At the Warsaw Zoo, you can spend time in the bosom of nature, in ... 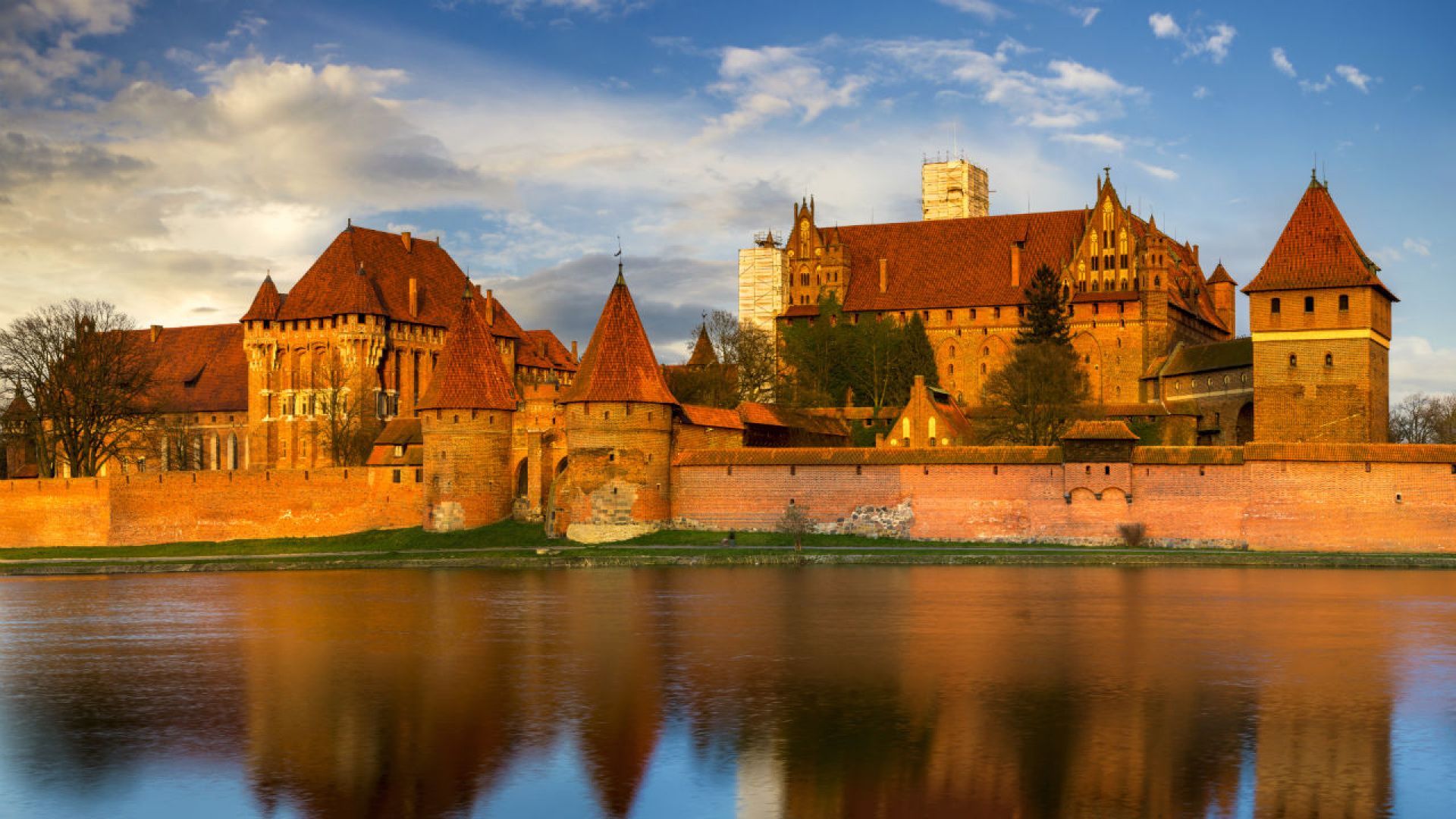 The Teutonic Castle in Malbork is the former seat of the Grand Master of the Order ...

Legendia Śląskie Wesołe Miasteczko is 60 years of tradition, 40 attractions for ...

Czarna Góra is a year-round resort located in the Śnieżnik Massif. Winter...

Błędne Skały is a picturesque complex of rock formations located in the ...

The Wieliczka Salt Mine is one of the most valuable monuments in Poland, inscribed on ...