Hotel Warsaw 5 ***** belongs to the group of luxury hotels Lhr, offering their customers comfort and convenience. At the same time, it is a place where history combines with modernity. Hotel Warsaw was decorated in a historic, pre-war building, erected in the then innovative technology and using materials rarely used at the time. He was the seat of the Insurance Company Prudential. Having a long and interesting past Historic Prudential Building was re-opened in the 2018 year. The current owners have made sure that every detail from the entrance reminds guests about the history of this building. Concrete structural elements and fragments of the original façade have been preserved.

Hotel Warsaw 5 ***** has 142 rooms and suites. All of them were designed for individual orders of the owners in such a way that the guests feel here nice and comfortable. The interiors are decorated with great attention to detail. Glass, steel, copper and stone dominate here. Some rooms have original concrete ceilings.

Each room has its own bathroom equipped with a bathtub and shower. Bathrooms are decorated with marble and wood, which gives them elegance, and stylish towels and cosmetics Acqua di Parma they make every bath a source of pleasure and relaxation. All rooms are equipped with air conditioning, mini bar and free internet access.

The Presidential Suite is located on the last (16.) Floor of the Hotel Warszawa and consists of a large living space and two bedrooms. A separate bathroom adjoins each bedroom. On the mezzanine, in addition to the bedroom, there is also a small study room and an exit to the observation deck located on the roof of the hotel.

Lux type apartments are located in the tower part of the Warsaw Hotel. They consist of a spacious bedroom and a spacious study room for work. They are comfortable and comfortable. Each apartment has a bathroom with a bathtub and a shower.

Standard Apartments are located on different floors of the Hotel Warszawa, also on the 15th floor, just below the Presidential Suite. Each of these apartments has two rooms: a bedroom and a seating area. Each apartment also has a tastefully furnished bathroom with a bathtub and a shower.

Double rooms
Double rooms are located on the six lower floors of the Hotel Warszawa. These rooms overlook the glazed patio or the Świętokrzyska street. All rooms are spacious and comfortably furnished. They are equipped with a King Bed and basic equipment. Each room has a bathroom with a bath or shower.

The rooms are located on the floors from 3 to the 5 Hotel Warsaw, mainly in the new part of the building, overlooking the glazed patio. Rooms are recommended for people traveling with children, because they are equipped with an additional single bed.

Junior Suite
The Junior Suite rooms are located on the floors from 1 to 12. They have large, comfortably furnished rooms with a separate living and sleeping area with a large King Bed.

Restaurants in the Hotel Warsaw

Warsaw
The Warszawska Restaurant located on the -1 and -2 levels of the Warsaw Hotel is a unique place to meet friends or clients. The open space decorated with antique foundations creates a unique atmosphere, and the large glass kitchen serves dishes full of flavor and aroma.

Six
Szóstka Restaurant is located on the sixth floor of the Hotel Warszawa. Those who want to enjoy sophisticated dishes here will meet their expectations. A large open kitchen prepares dishes in front of customers. From the large terrace located on the side of Świętokrzyska Street, you can admire the magnificent panorama of Warsaw.

Conferences at the Hotel Warszawa

Hotel Warszawa 5 ***** has a modernly equipped Conference Center consisting of three independent air-conditioned conference rooms. Each of the rooms is connected to a large glazed patio with a separate entrance, which gives additional arrangement possibilities.

Wellness
In the Warsaw Hotel, the Spa and Recreation Center operates on the lowest floor. Hotel guests can take advantage of a wide range of treatments in stylishly decorated treatment rooms, spend time with the Fitness Center and at the pool.

Prudential Insurance Company building is one of the most important examples of Polish interwar architecture. In the '30' years it was a symbol of modern Warsaw. During the Second World War, although it suffered in wartime operations, its innovative steel structure survived. In post-war Poland, it was rebuilt in the spirit of new ideological changes and imposed a costume of socialist realist architecture. Only the last reconstruction brought back its former pre-war splendor and style.

Today, in the former historic Prudential Building, it functions one of the most modern hotels in Poland, that is the Hotel Warsaw 5 *****.

The building, which today houses the Warsaw Hotel 5 *****, was designed by the Polish architect Marcin Weinfeld in the Art Deco style for the headquarters of the English Insurance Society "Prudential". It was opened for use in the 1934 year and was then a symbol of modern Warsaw. It was the tallest building in Poland and the second in Europe, and its silhouette was visible from the distance of 20 kilometers. In 1936, the first TV transmitter in Poland was placed on the roof.

During World War II, the building suffered significantly, especially during the Warsaw Uprising, and after the war it became a symbol used on anti-war posters. The historic Prudential building was rebuilt according to the new projects of Marcin Weinfeld, however in the socialist realist costume. 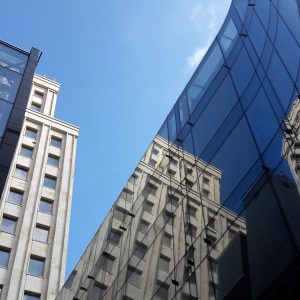 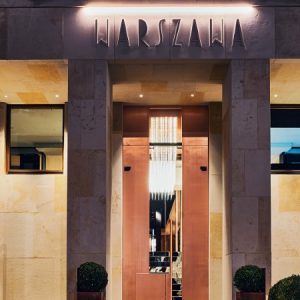 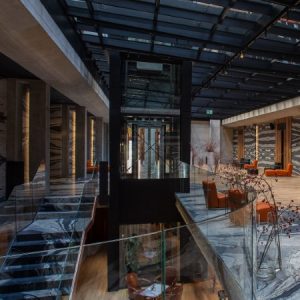 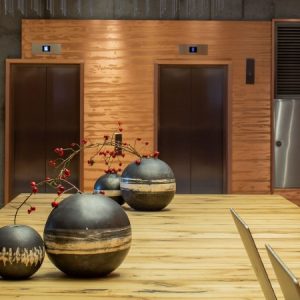 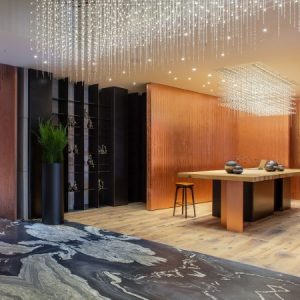 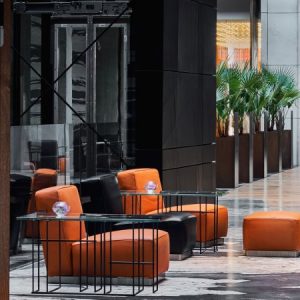 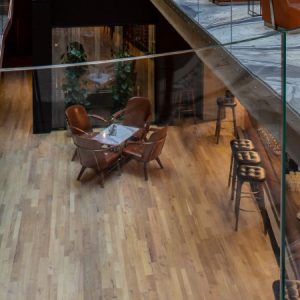 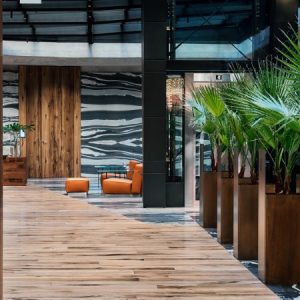 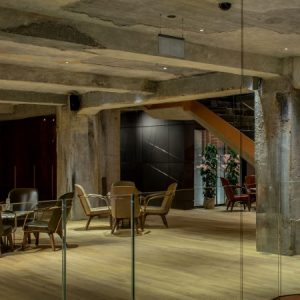 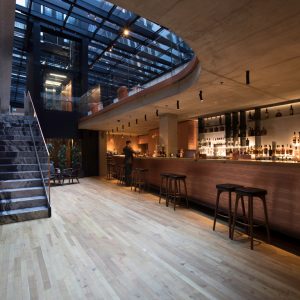 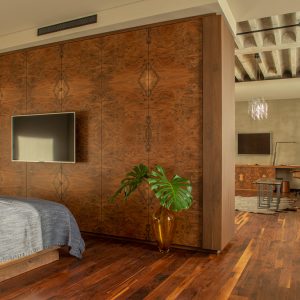 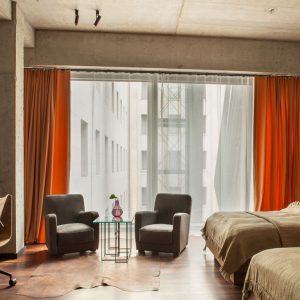 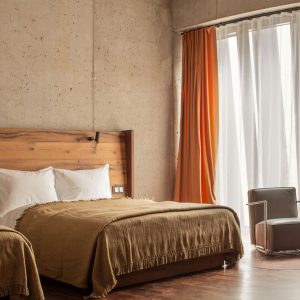 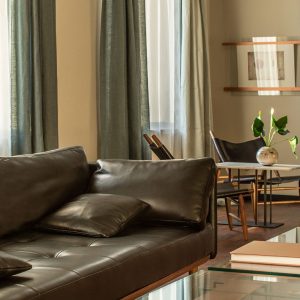 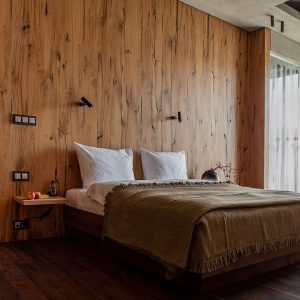 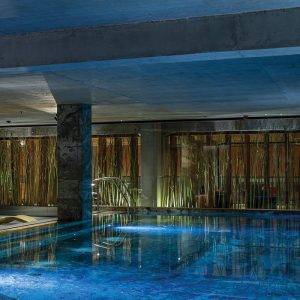 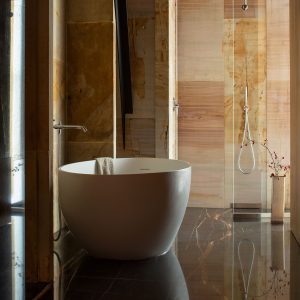 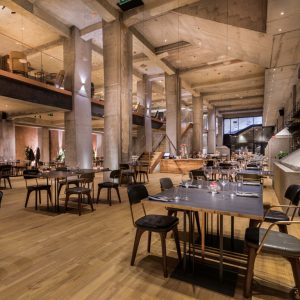 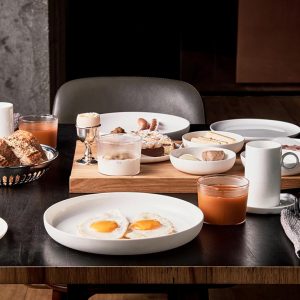 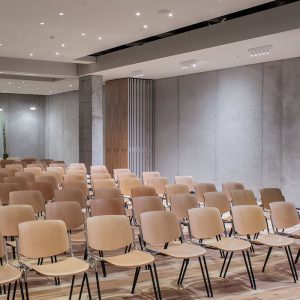 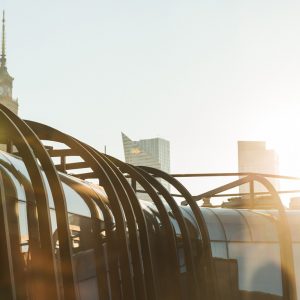 The Palace of Culture and Science in Warsaw is the highest and most recognizable building in the capital, visible from almost anywhere in the city. It was built in 1955 after Joseph Stalin's decision to build the building as "a gift from the Soviet people to the Polish nation." The design of the skyscraper was made by Lew Rudniew after getting acquainted with the existing in Poland ...

Szymbark (in Kashubian Szimbark) is a village in the Pomeranian Voivodeship, located in the Kashubian Landscape Park, in one of the most beautiful regions of Kashubian Switzerland. The Szymbark Hills Tourist Trail runs through Szymbark. You can reach Szymbark from Gdynia via the national road No. 20. There is the Center for Education and Regional Promotion, thanks to which ...

The Ostródzko-Elbląski Canal, also known as the Elbląg Canal, connects the West Masurian lakes with the Vistula Lagoon. It is an original hydrotechnical solution on a European scale, enabling overcoming a 100-meter difference in water levels with the help of a set of 5 ramps and rail hoisting devices, powered by energy obtained from the flow of water. This system was designed by the Prussian engineer Georg Jacob ...

The Grodno Castle in Zagórze Śląskie was built on the top of Góra Choina, at an altitude of 450 m above sea level, at the junction of the Wałbrzyskie Mountains and the Owl Mountains. This picturesquely situated stronghold rises above the valley of the Bystrzyca Świdnicka River and is located in the "Góra Choina" nature reserve. The origins of Grodno Castle date back to the Middle Ages, the times of the Piasts ...

Baranów Sandomierski is located in the Podkarpackie Province, in the Tarnobrzeg County. The vicinity of this city is very varied, and the dominant elements in the landscape are the Vistula River valley with numerous oxbow lakes, arable fields, meadows and pastures. The first mentions of Baranów Sandomierski come from 1135. The city was granted city rights in 1354, and ...

Ogrodzieniec Castle is located in the Jura Krakowsko-Częstochowska, in Podzamcze in the Silesian Province, about 2 km from the town of Ogrodzieniec. This castle is probably the most visited of all castles lying on the so-called Trail of the Eagles' Nests, created during the reign of the Polish king Casimir the Great to protect the state ...