. "We are here for a moment" not only from the point of view of the short stay of hotel guests, but above all from the point of view of the history of the surroundings .. The location of the hotel in the Kraków-Częstochowa Upland, which was geologically shaped 3 millions of years ago, makes us think about the time , respect the landscape and the surrounding nature. " Tomasz Wuczyński Plus Architects Group

POZIOM 511 Design Hotel & SPA was opened in the 2012 year, but the history of its origin begins in the XXI century XX century, when the municipality of Ogrodzieniec sold to the current co-owner a plot of land located on Janowski hill together with the existing building there.

It was a tourist hostel that had not been in operation for over 10 years. Earlier, in the 60s, the building served as a technical TV relay station. At the time of the takeover, the building was abandoned, devastated and its shape in the form of a concrete cube marred the surrounding landscape.

It started with the concept of reconstruction and extension of the existing hostel for a small hotel with a restaurant and beauty rooms called trendy SPA. The form was to be very traditional so that it would not contrast too much with the nearby ruins of the castle.

The structure was designed and built in this form in the second half of the 90s, in a closed shell. There was a 10-year break in investing here. The developed business plan showed that the hotel in this form will be unprofitable.

There was a lack of more hotel rooms and a real SPA, in other words water. First, the area was bought and the second stage of the investment was started. This work was entrusted to young architects with a small experience, but with enthusiasm and capable of creating very modern architecture.

As a result of conversations with the conservator's office, very demanding building guidelines were obtained, including an absolute ban on changing the terrain, low height of new buildings, no more than 8 meters and most importantly from the point of view of the impact on the surrounding landscape, designing the building so that it would not be visible in the landscape with the castle, and therefore not competing with it.

In the course of developing the design of the new facility, landscape analyzes have been made, which proved that even in extensive panoramas from viewpoints located at 2 and 5 km, the hotel building will not be visible on the hill.

It was a turning point for investment.

At this design stage, a large 20-meter swimming pool has already been planned, and in the basement of the old building a sauna with access to the original local rock, which now decorates not only this space, but also the space of the upper hall and restaurant. However, there was no access to large amounts of good water. Drilling in the hotel grounds showed that there is a huge reservoir at a depth of more than 100 meters below the plot Jurassic waters.

A permit was obtained to use this water and to build a well with an appropriate pump. After the construction of two objects, there is still a connection between them. The concept of corridors in the field and an elevator to overcome heights turned out to be correct and confirmed by the fourth building permit. The construction of the facility was completed at the end of 2011.

In January 2012 year The 4-star Level 511 Design Hotel & SPA welcomed its first guests, giving them at their disposal, among others comprehensive SPA zone, 20-meter swimming pool full spring water from deep water intake i restaurants with a menu card based on local products.

POZIOM 511 Design Hotel & SPA is a modern, 4-star hotel located in the heart of The Kraków-Częstochowa Uplandin the area Eagles' Nests Landscape Park.

Located on the top of the highest hill of the Jura, surrounded by greenery and limestone rocks, 300 meters from the impressive ruins Ogrodzieniec Castle, attracts not only people who want to spend time actively, but also all those who seek peace, harmony and new impressions.

The building's incorporation into the limestone rock, which became an architectural and design element, reflected the symbolic significance of the creation and existence 511 level, transitoriness and permanence, the possibility of combining modern and traditional forms. Here, modern design, adhering to simple forms and functionality, has been enclosed in spacious interiors enclosed by a glass facade and blended in with nature.

Jura Krakowsko-Częstochowska is an ideal place for people who value active leisure: those who love hiking or cycling, climbing, skiing, looking for new, unconventional trends in tourism and recreation. Jura is also an excellent alternative for people looking for a place to calm down, to clear the mind, to close contact with nature, which here, undisturbed by the urban noise shows the beauty of its essence, providing intensity of impressions.

Hotel surroundings: limestone rocks, proximity to architectural monuments of past centuries and direct contact with nature in its purest, raw form, for us are a symbol of passing time. A metaphor for our continuation in the present and the echo of our actions in the future.

We would like to inspire our guests to slow down the pace of life, to absorb all the travel experiences and services we offer with all of us.

The hotel guests are waiting 42 spacious, modern rooms, including 6 apartments.

When booking, you can choose the size of the bed, the type of mattress (hard or soft) and a bathroom equipped with a bath or shower.

The showcase of POZIOM 511 Design Hotel & SPA is unique wellness area. From December XUMUM year, the SPA zone is signed by the proposition 511 MEDI SPAwhere our qualified staff take care of the beauty and comfort of guests.

The offer of 511 MEDI SPA was based on leading brands  Ericson Laboratoire i Selvert Thermal.

511 MEDI SPA is not only relaxation and professional care, but also effective treatments aesthetic medicine.

2018 MEDI SPA received the title in 511 BEST DESIGN SPA in Poland in the prestigious SPA PRESTIGE AWARDS competitionwhich title is a reason for great pride and joy for us.

While staying at the hotel, guests can use it freely wellness area - a 20-meter pool, jacuzzi with hydromassage and a steam bath and sauna adjoining the natural limestone rock.

Promoting a culture that does not follow the traditional mainstream trend is not afraid of new challenges and alternatives, supporting the activities of young and ambitious creators, spreading the passion for new experiences, discovering new horizons in every area of ​​life is the main goal of cultural activity. 511 level.

Permanent cultural events, such as concerts or culinary demonstrations.

Dreams of a place that supports and spreads culture has been turned into an initiative. The initiative was changed into regular activities, thanks to which the 511 Level has become a unique place on the Polish hotel map.

POZIOM 511 Design Hotel & SPA has many attractive proposals that make staying at the Hotel even more fun, completely devoid of boredom.

On offer, guests will find such suggestions as tasting dinners. Most often, dinners are combined with commented wine tasting, conducted by Somaliers and vineyard owners.

culinary art is a very important element of the Hotel's activity, which also organizes workshops, festivals and culinary demonstrations, inviting famous chefs, among others Jan Kuroń or Karol Okrasa.

On Friday summer nights in the hotel you can take advantage of the summer cinema offer on Polana near Skały.

People who want to be quiet, find them among the trees in chillout zone.

Resting there on a lounger with your eyes closed, you can almost hear the world whisper quietly the story of the place and the people who created it. 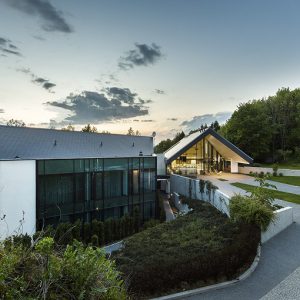 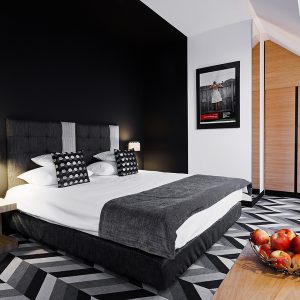 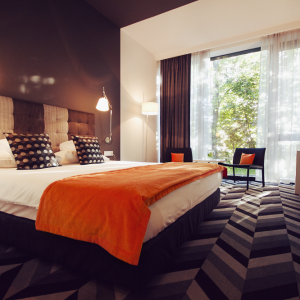 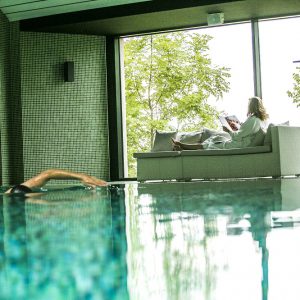 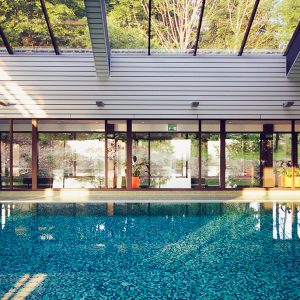 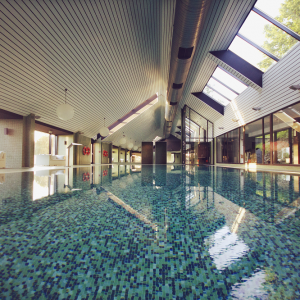 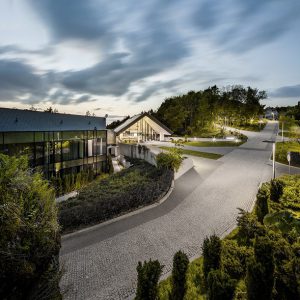 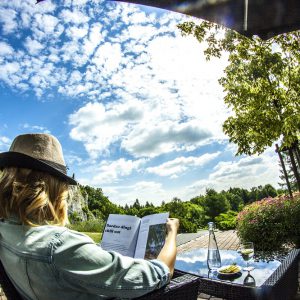 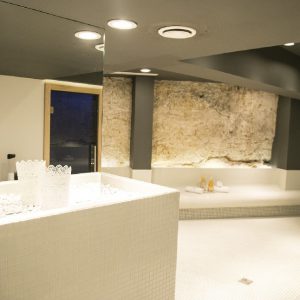 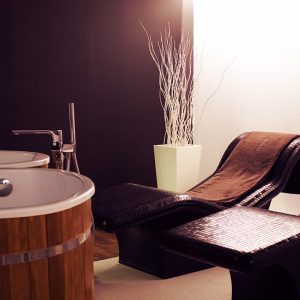 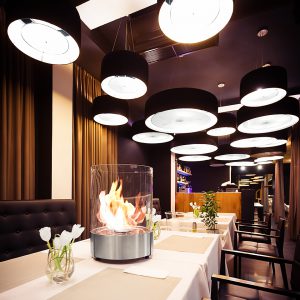 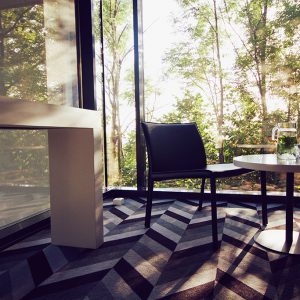 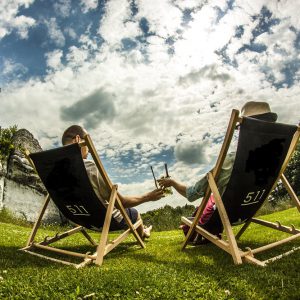 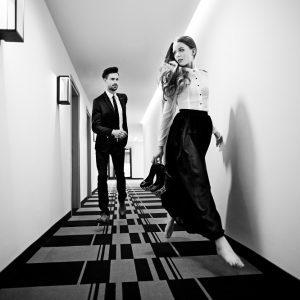 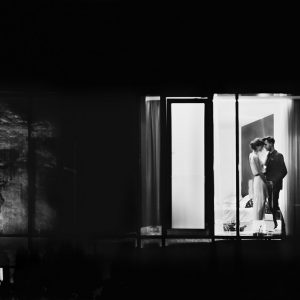 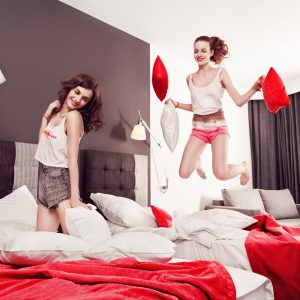 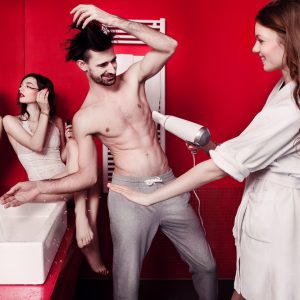 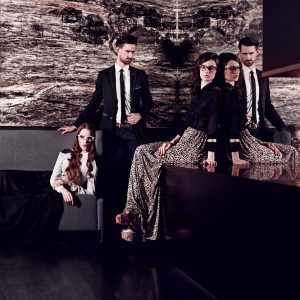 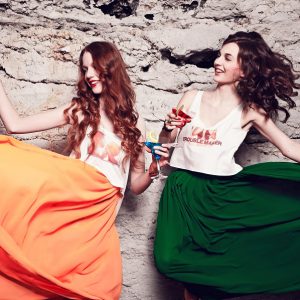 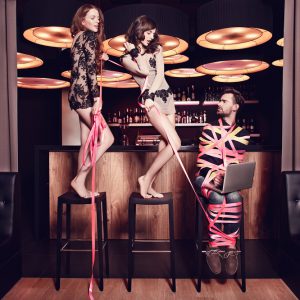 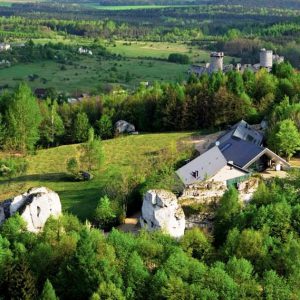 4.8 / 5 - (24 votes) The thermal waters used in the Termy Mszczonów complex are groundwater rich in minerals with a temperature of 24-34 degrees C. The thermal water for the Terma Mszczonów thermal baths has been extracted since 2008 from a depth of 1602,5 m. Total mineralization thermal water here is 459,79 mg / l, with a predominance of calcium bicarbonates and ...

4.8 / 5 - (21 votes) Planetarium Toruń was opened on February 17, 1994, and the first public screening of "And Yet It Turns" took place 2 days later, on the anniversary of the birth of Nicolaus Copernicus. Are you looking for a luxury hotel in Toruń or in the Kuyavian-Pomeranian Voivodeship? Check our offer >> At the beginning of our activity, we used ...

5/5 - (21 votes) Poland is a country with plenty of exceptional places - both natural wonders and those created thanks to human intervention. Several of them deserve a special mention, because they are a reason to be proud not only in Europe, but in the whole world. Morskie Oko The first of such ...

5/5 - (29 votes) The Grodno Castle in Zagórze Śląskie was built on the top of Góra Choina, 450 meters above sea level, at the junction of the Wałbrzyskie Mountains and the Owl Mountains. This picturesquely situated stronghold rises above the valley of the Bystrzyca Świdnicka River and is located in the "Góra Choina" nature reserve. The beginnings of Grodno Castle ...

5/5 - (24 votes) Baranów Sandomierski is located in Podkarpackie Province, in Tarnobrzeg County. The vicinity of this city is very varied, and the dominant elements in the landscape are the Vistula River valley with numerous oxbow lakes, arable fields, meadows and pastures. The first mentions of Baranów Sandomierski come from 1135. The city obtained municipal rights ...

5/5 - (24 votes) Ogrodzieniec Castle is located in the Kraków-Częstochowa Jura, Podzamcze in the Silesian Voivodeship, about 2 km from Ogrodzieniec. This castle is probably the most visited of all castles lying on the so-called Trail of the Eagles' Nests, created during the reign of the Polish king Casimir the Great ...